The marketplace of ideas: a semi-fictional caricature 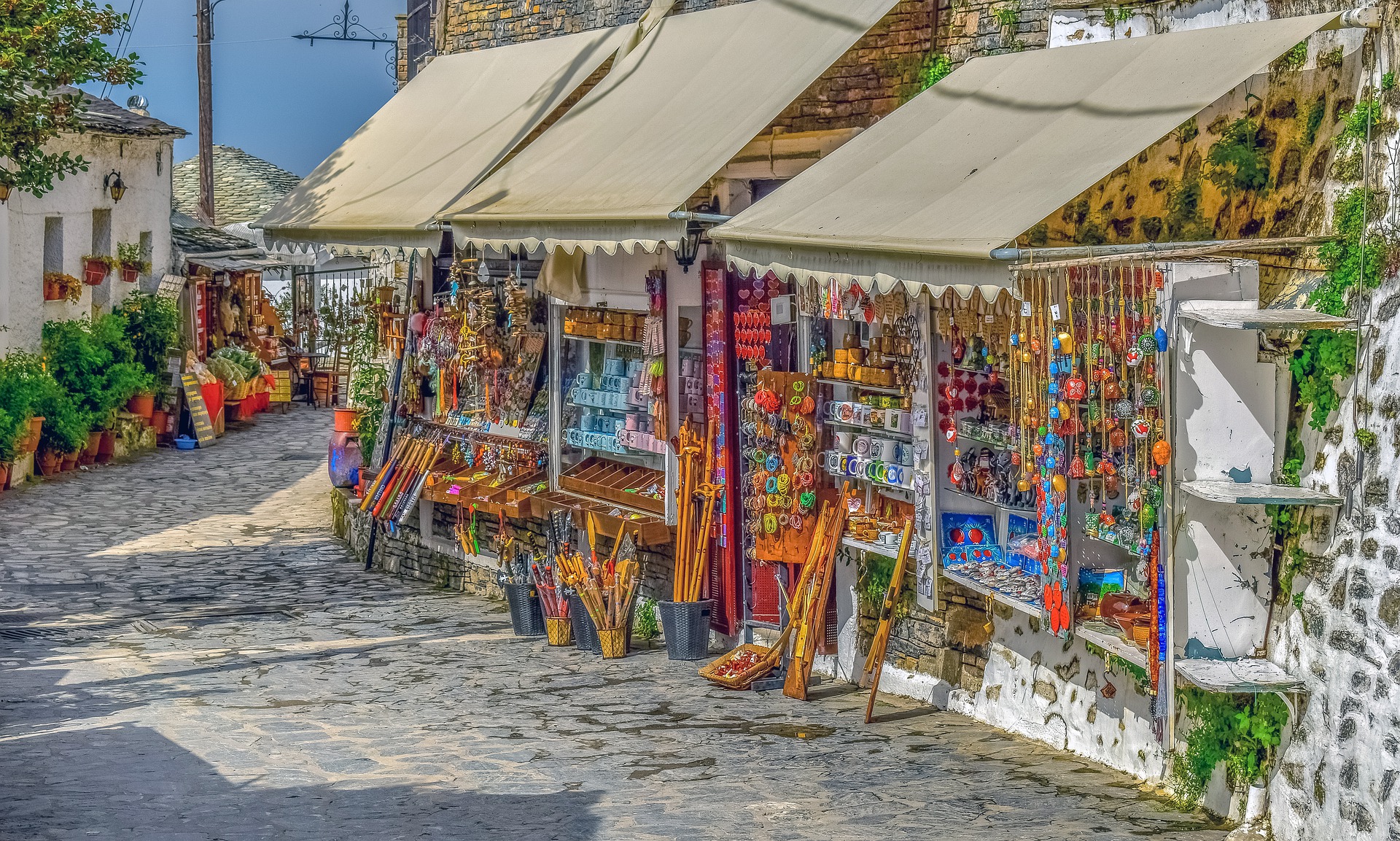 The following is a story, part fictionalised, part caricatured, part autobiographical, about navigating conflicting beliefs and ideologies. I chose the marketplace as a metaphor; they can be places of much debate, haggling, exploration, sights, sounds and smells. They can be overwhelming, much like the sheer amount of knowledge and exchange in the world that we can access with the boon of books and the internet, and all that is yet to be discovered. This story is something of a sister piece to The Mire of Communication, capturing not so much strategies but the sensation one feels when communicating or encountering deep or controversial topics.

The marketplace, a caricature

Good morning friend! You seem to be a little lost there, moving along with the early risers on their way to market. Oh so you are heading there too? Forgive me, but I can tell by the meandering look of your eyes; you are new to these parts.

The marketplace of ideas can be quite a confronting place if you’re not prepared. Some of us like to think we’re prepared, but it is a rare few whose armour never receives a dent of doubt during the bartering. Don’t worry, I am not a roving hawker dispatched from the centre of commerce to pull in new prey. I am merely here to be your guide, should you wish it.

Thank you for graciously accepting my offer.

A couple of things before we head in: I wouldn’t advise carrying a lot of coins; there are thieves of course, but also some hawkers will barter until the sun falls and rises again, and it helps if you only have so much to give. Just stick close by my side. Let’s walk.

The streets are not heavily populated in this part of town. But the marketplace creeps up on you. Its presence is felt more and more as we pass through on our way to the main square. Hawkers have set up stalls on the way. An enthusiastic baker sells from home on the outskirts of the city centre. The odd person stops to buy a pastry, it’s rather tasty; it can sustain them until they get to the marketplace proper. There are beggars too, with their small white cups proffered, bodies prostrate to the passersby.

Now we’re coming up to Town Hall. The central marketplace is not far from here. This territory has been marked in recent years. The stall here is such a familiar sight they’ve practically purchased the cobblestones. I’d advise you to keep your head down, or up, to the side, anything that will—

“Do you care about the beggars on the street? Do you realise we all come to market with different amounts of money? This class system is faulty, of course, but we need to start somewhere. Start with this delicious pie!”

It’s too late, they’ve thrust their pies in our faces. Not literally, although that has been known to happen. Just walk away…Oh but you want to see what’s in the pie? Fair enough, go ahead.

The pie-seller pulls back for a moment, unused to the inspection. “It only has goods that are grown locally and ethically!”

You nod in approval, you hope that ethically and sustainably sourced products are the way of the future, but your appetite for the moment is lacking.

Come now, let’s head into the centre of the market. A street or two from Town Hall, around a corner and here we are on the main drag. All manner of sounds clamour for supremacy, seeking to conquer any small pocket of silence that bubbles to the surface. The rolling of carts, the offers of hawkers, the protests of buyers, the insistence of merchants, the clatter of goods landing in baskets, birds chirping, dogs baying—I tell you, you’d be hard pressed to find a louder place in all of town.

Better get moving, best not to be steamrolled.

To the left of us is a building with an ornate brick façade that recalls the architecture of the Romans. Out the front is a row of tables covered by awnings. At the front of the stall is a young man in a brown habit, a monk.

He notices your curious gaze and gestures to a series of pamphlets on the bench that separates him from the street. You note among their titles: “Holy marriage”, “Sin and God’s forgiveness.”

“Hello there, I’m Richard, what’s your name?” says the monk.

“Feel free to take any of these, they’re free. It’s really quite noisy here, you can come inside to ask the Brothers any questions.” You miss a word or two, but catch his message and feel reassured by his gentle smile.

You feel a bump at your elbow. A man and a woman of have joined us. You notice gold crucifixes around their necks, but you can’t tell if they’re from the stall or from the street.

“Don’t listen to those leftie pie sellers,” the man says conspiratorially. “They want to destroy the traditional family. They hide behind their social justice, but really they all just want to attack and destroy us.”

“They need to stop all their mixed up relationships. Godless people. It’s the public schools! Spreading agendas left right and centre, full of sin! God won’t forgive them when—"

You notice the monk in brown raise his hand, the pamphlet on forgiveness in his hand, yet his words are drowned out by the crunching and rattling of a large cart that careers down the thoroughfare. You catch a glimpse of the words emblazoned on its side: “Human Rights Now!” Balancing atop are people shouting and waving flags.

We’re all transfixed for a moment but then we must leap out of the way, the wheels catch on a rut, the cart swings close, almost catching our feet. Flags fly overboard and rain down on our heads. You stumble away from the stall and fall to the ground as you attempt to dodge the unfortunate incident. Behind us, shouts and blame assail the cart from the man and the woman, joined by others in the street. The abuse is returned in kind from the cart-dwellers who roll on, wherever they may be going.

No serious injury, this is all par for the course in the marketplace, although admittedly not that common. Do you need any help? Too late, the monk has already rushed over to help you.

Ah but here is another assistant, a woman in a deep blue sari of swirling patterns. You rise with her help, nod to the monk, and turn away from the stall.

Good idea, let’s keep our pamphlet and move away from the scene. The woman takes us across the street and to a stall hiding in the shade of a large building with minarets. She slides behind her tables, gracefully, and offers cups of cool water. We appreciate the generous offer, yet have you forgotten why you’re here? The coins still clink in your pocket.

Almost sensing my thoughts, the woman begins her pitch.

“Here we offer zikr—the dance of the whirling dervishes. There are others who will tell you music is a sin, but do not listen to them! They are not true Muslims. An offering of money or food will suffice and we will repay you with a taste of that ocean of Love to which the Persian poet referred.”

You pause to consider her offer, and can hear the music from beyond, chanting and drumming and singing in a rhythm that vibrates with exaltation and loss of ego.

Thanking her for her offer, the water and help on the street, we take our leave.

We make our way further down the street. People rush about in all directions, anxious to make it on time for their meeting with the fortune teller, or to hear the musings and challenges of the Greek philosopher who resides beneath the stairs, or to see that new Avatar that has sprung up. Did God declare this Avatar? Or did he declare himself? We meander through the crowd.

The people rush about and from the throng emerges a man who falls into step with us. He looks like he once had a beard, but that it has since been transplanted to his sideburns.

“Friend, it’s odd isn’t it, that all these hawkers seem to be related in some way. Sure enough, they are united in purpose, although their delivery differs—all are here for your money. No no, I’m not just saying it’s all about money, it’s about believers too, and conviction. Yet they are related in another way. Some start out their stalls as part of a larger store, but then they splinter off. They don’t like the sales tactics. They need to refine the product.”

“So if it’s not all about money, then what’s it about?” You ask him.

“Look over there, see those people crouching in the shade of the palm tree, scratching in the dirt, scratching at their arms? How do you think they got to be that way? Drugs. A refined product indeed. And who do you think gave it to them? A drug dealer who knows all too well to never go near the stuff. For the addict it’s about sensation, for the dealer it’s about power. Want to make people act in a certain way and reap the profits? Then provide the correct stimuli. That is all.”

“So it’s about power and control. What are you here to sell then?”

The man goes quiet and strokes his unwieldy sideburns, then he says, “Why, freedom of course.”

You are too smart for that I think. You know that in the marketplace, as in life, everything comes with a price. It may not be monetary, yet we must all make choices and sacrifices. Power certainly has a part to play, we are hierarchical creatures after all, but I think you have heard enough from the side-burns man. You bid him goodbye.

The flock of people has mostly dispersed and we have taken a few turns to a small square at the other end of the market. The coins still clink in your pocket. Will you spend any today after all? Ah but someone has caught your eye. A young lady sits at an easel with artworks spread out before her on the pavement.

As you stand and survey her pictures, exaggerated versions of hawkers and buyers, you see her beginning to sketch. Intrigued, you pretend to continue looking at the pictures, but what do you really want? Time for her to finish her drawing?

She’s quite the accomplished artist; in minutes she is finished! Your gazes meet, she hands you the image.

Oh that does look rather like you! She has exaggerated your nose, it is now longer, as if seeking to take in as many smells as possible. A nose perhaps bordering on the intrusive. Eyes that have narrowed under the creases of squinting. It seems a little, dare I say, rat-like. A hand rests on your head—scratching your hair in indecision, or is it anxiety, or amusement? A great artist leaves some interpretation in the eye of the beholder.

“If you like it, it’s one gold coin,” says the artist. “Or feel free to leave it with the others.”

You deliberate for a moment, miffed and yet pleasantly surprised by her portrayal. You deposit a coin in her hand.

The marketplace is open seven days a week, but I’d think that’s enough for one day, wouldn’t you?