The Mire of Communication: 5 Strategies for Fruitful Dialog 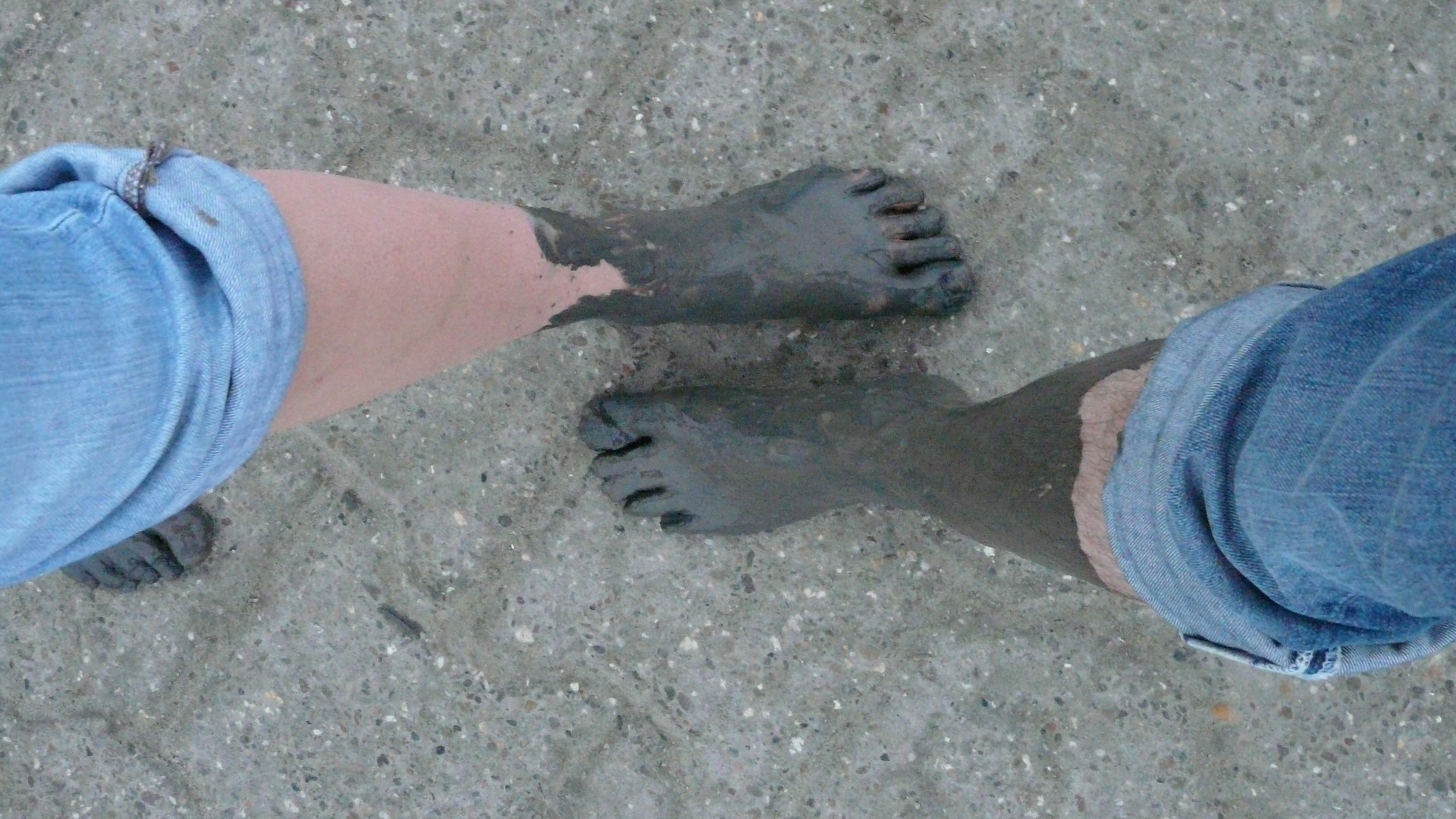 Sometimes we unwittingly stumble into a rambling conversation that touches on all sorts of sensitive topics we didn’t think would see the light of day when our alarm went off that morning. Politics and religion are often the prime suspects—given that they are also the subjects of that contestable dictum: “never talk about politics and religion.”

Our interlocutor could be our new work colleague, the forthright student in class, a passionate acquaintance at a party, or the Proverbial Political Uncle.

The latter was recently my interlocutor in one of these conversations. I’d left the book I was reading, Guns, Germs and Steel, on the coffee table. It piqued my uncle’s interest and the following ensued:

I may have caricatured my uncle, but for the record, we discussed much of value; he opened my eyes to some legitimate concerns and did listen to some of my points.

These kinds of conversations happen all the time, with varying levels of attention and quality dialog. Once they start, all sorts of emotions come wriggling to the surface of our conscious minds. We oscillate between feeling ignorant, or righteously certain, or threatened on behalf of those whom we love and who may share our beliefs.

I find such encounters uncomfortable sometimes, but necessary. If not for the supposed virtuous conquest of your interlocutor (let’s face it, this never really happens), then at least for learning a thing or two about your own values and beliefs. They are part of the mire that is human communication and growth. And when we’re stuck in a mire, we need some kind of rope to pull us onto an island, where we can begin to process what we’ve learnt, and continue journeying for a time.

In this post I present 5 key learnings from my own conversations, with friends or foes, contentious or otherwise. These are not unfailing strategies, but they can certainly help advance the cause of mutual understanding. They have been of particular importance for me recently, as I reflect on my education practice, and my reading of social psychologist Jonathan Haidt’s The Righteous Mind: Why good people are divided by politics and religion. Haidt’s book was published in 2012, and if anything it speaks even more now to the divisions we see in public discourse about moral, political and religious themes.

Too often we may think we know exactly where someone else is coming from. They hold the set of beliefs X, which leads to Y and Z. We know this because we watched that one TV show, or saw that one tweet, and now we can dismiss them. And it’s understandable. Our minds evolved to categorise people, that way we could understand which groups were safe for us to interact with, and which weren’t. We became increasingly good at rationalising our instinctive responses to threats (or opponents) for our in-group members. As Jonathan Haidt notes:

“The performance may impress our friends and show allies that we are committed members of the team, but no matter how good our logic, it’s not going to change the minds of our opponents if they are in combat mode too.”

It isn’t necessarily bad to categorise and have instinctive reactions—the important thing is to acknowledge the instinct, incorporate it in our reasoning, but not to let it be the only factor in shaping our perception.

To get better at this, we can practice empathy. We can ask for a story that sheds light on a person’s belief or value. We can ask:

Furthermore, sometimes people plain don’t want to share if they’re not comfortable—and fair enough! Silence gives others and yourself the permission to keep some things private. After all, you can’t dredge up a whole suite of reasons and experiences in any one conversation, and nor should you. Silence is when we detect some air in the cloying mire of heated debate.

Just as stories can help to clear a path for more fruitful discussion, so can defining terms and understanding the basic facts about your own beliefs or the topic at hand. This can help to reduce talking past each other. It might go without saying, but it happens surprisingly often if the topics under discussion are particularly deep or fuzzy. Just try defining God.

For a more serious engagement by Peterson with this dilemma on Australia's Q and A, see this video.

Defining topics may lead to a rabbit hole, as certain ideas have other ideas as their foundations, and so on. Ultimately, I try to practice humility and transparency about when my understanding of a given topic becomes hazy.

Defining terms can take place independently, or during an encounter along the lines of the following:

Understanding our reactions is an important step in productive dialog. Have you ever felt your mind begin to race when you’re in a difficult conversation and you wonder: do they really think this?; If only I could just make this point; What do they really know about my beliefs? It’s not a nice thing to recognise, but it does happen occasionally, in varying degrees of self-righteousness.

Jonathan Haidt refers to this instinctive, judgment producing part of our psyche as our “elephant”, of which the “rider” is conscious reasoning. “The rider” sometimes has little control over the elephant, but attempts as best they can to guide the creature. This can be most effective if one reassures oneself that certain conversations or topics are not threats to our survival. After all, the elephant makes such rapid judgments because of its evolutionary history, a history that required accurate assessments of environments, as well as the reliability of co-operative partners, to ensure a reasonable chance of survival.

Another approach that can be helpful is emotional agility, the concept pioneered by Harvard psychologist, researcher and author, Susan David. This is the ability to acknowledge and describe our emotions, instead of dismissing them. Strong emotions then become a important source of “data” that inform us about our core values, and about how we react in certain situations. When we have more clarity about such matters, we are more effectively able to “unhook” from unhelpful emotional patterns. This concept has resonance for me with Buddhist mindfulness practice.

Indeed, recognising the reactions within ourselves may help us understand others’ emotions and experiences.

This is not simply “agreeing to disagree” from the outset, although sometimes we do end up there. Finding common ground can help to foster mutual respect, and help to reduce the likelihood of entering new conversations that rehash much of the previous discussion.

That being said, if you never got anywhere on the specific points, but instead opted for agreement on more general principles, you might wonder “what hope is there for the next conversation if we just rehash the same arguments?”

This is a fair point. Yet you may inch closer to a mutual understanding if you have more mutual esteem or accord, which previous conversations will have established. This will help to abate the intuitive judgments we make rapidly in social situations, particularly with regard to moral issues, as noted by Haidt. Instead of the brain instantly tagging an idea as ‘bad’ and therefore avoidable, our instinctive responses will be a little less rapid, and more open to rational persuasion.

Writer and philosopher James Fodor has applied a physics metaphor to wrestle with this difficulty in finding common ground. He acknowledges that we gravitate to common grounds, but that it often takes something significant to shake us out of our states of equilibrium on certain topics and traverse divisions.

5. Arguing against your interlocutor's clearest argument

This approach requires genuine humility and charity. One doesn’t seek to understand opposing views solely to bolster one’s own egotism, but rather to arrive closer to the truth (be this through the veritable defence of your original positions, an adoption of opposing views, or an integration and more fine-tuned representation).

The philosopher Daniel Dennett present four rules for critical commentary that build on these principles. His rules synthesise the previous work of social psychologist and game theorist Anatol Rapaport. They are:

This strategy is something like an extension of the first two strategies. It involves empathising with another’s point of view, but builds on the basic facts and positions to explore the internal logic of another’s argument.

We all have different priorities. Some of us may welcome going deep down the rabbit hole of a conversation that necessitates these strategies, while others may not.

I’ll leave you with a final step in my conversation with the Proverbial Political Uncle.  Remember how I said I left that conversation with something of value? For one, he advised a form of the fifth strategy presented here, telling me: “Understanding the other person’s position as well as you can and arguing with that, that’s the way to go.” But more than that, my uncle’s passion acknowledged me as a worthy interlocutor; he never condescended towards me. I was grateful to give him a chance to air his concerns on something important.

What experiences or strategies have you found to particularly resonate with you?